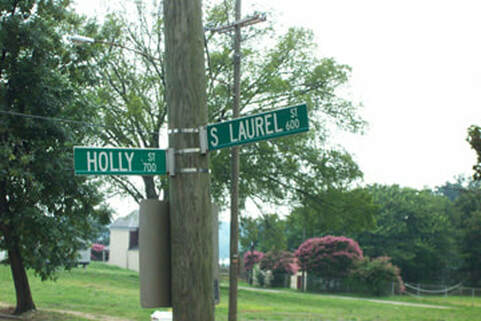 When we moved to the corner of Laurel and Holly, the first room I explored was the crawl space under the house. The closing got delayed a week, and I was impatient to get started on my labors. The seller agreed to let me work under the house, the theory being, I suppose, that I couldn’t do much harm down there if the sale fell through.

I’m sure he had no idea about my extensive plans. For those of you unfamiliar with the architecture in Oregon Hill, let me fill you in. These houses were built in the late 19th century for the mill workers. They weren’t constructed with the finer elements of houses in the tonier Fan District. They were built sturdy and practical. No need for basements, just some brick foundations and a couple feet of space best suited for visiting spiders or rodents.

Too small for a man to move around in, the space called out to me. It was April, and I suited up with an old winter jacket for the padding. I crawled in with a work light on a fifty foot extension and some old compost bags. They’re the best for the heavy stuff. Then I began collecting trash from around
the opening as I inched in on hands and knees. By the midpoint of the house I’m on my belly because of the narrowed clearance. Rusty fragments, broken glass, candy wrappers from recent workmen. Bags of the stuff. Then I raked out the rocks and remaining rubble. Two days down.

Next I rolled out the plastic, ten mil thick, for a vapor barrier. Wrapped the pipes with insulating foam. Filled the cracks in the foundation connecting our house to the one next door. Installed a vent for air flow. That was three more days. Our neighbors must have thought I was crazy, crawling into my hole each day.

I found out later, the crawlspace was a toxic waste dump. When they renovated the house before selling it to us, they had to lime everything because it had been trashed by the semi-feral animals living there for years with their semi-feral human. The workers even had to suit up with masks when they sanded the floors because the fumes were so bad. It’s amazing I didn’t get sick and die from breathing that air for a week. But I was fine.

Sometimes it’s best not to know.

It’s the first night in the new place, 11:30 at night. My husband and I are just about to fall asleep in our nice new bedroom amidst the boxes. We’re both looking up at the ceiling, feeling the excitement of a new place, when suddenly we hear a boom-boom going by. The car stops at the sign, right outside our window, and we hear the heavy beat. Tires screech, the car moves on. Two minutes later, same thing. It turns out that the Hiller kids like to cruise around the ten block neighborhood, around and around, for fun. Stereos cranking.

“So you think we made a mistake moving here?” I asked, unable to fall asleep. “Do you think we should have done a little more research?”

‘Sometimes it’s best not to know,” my sensible half replied.

A few days later, just as we’re starting to feel more comfortable with the place, a couple of sloshed tent dwellers from the canal below the Hill walk by and start chatting with us.

“You guys know about the ghost?” they asked. “You are awful brave to move into a house with a ghost.”

“Uh, don’t think we heard about that. A ghost?”

“Yeah, you know. Mike. The guy who used to live here, who was murdered.”

“You didn’t know about that? Yeah, Mike had a homeless guy living with him. Stabbed him to death on the front porch. Blood everywhere. Took Mike’s car and put his body in the trunk, then stopped in Fredericksburg for the night. Cops got ‘im there.”

“So,” they said after another swig, “That there house is haunted.”

We went back inside our new house. With the new kitchen cabinets I loved and the renovated porch--with no evidence of blood stains. We looked at each other.

“Sometimes it’s best not to know,” I said.

We lived in that house for six years, and they were among the best we ever had.