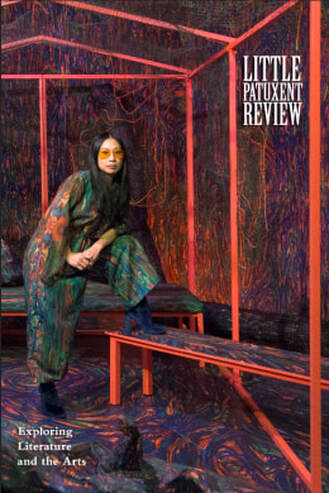 I met Rikki in a songwriter’s workshop at Augusta Heritage during bluegrass week. Her short gray hair and crinkled smile topped a seventy year old body used to long walks. As a Seattle resident, Rikki wore loose organic cotton and sandals meant for business. Yet this week in Elkins, West Virginia, her roots from this region shone through. She sang with the lonesome sound of those mountains and spoke of cricks and hollers. We were the only women in the class of six. The men talked of trucks, the technical minutiae of instruments and old songs, and the aftermath of war. They spoke of love too, but not in the way we did.

The least experienced of the group, I was married to someone who’d written dozens of songs that I admired. I’d even given him feedback on his work to some good effect. Editing and writing are two different animals, though: on my own I’d merely written bits of parody over existing melodies, of the sort that people might do when making coffee or walking their dogs in the woods unobserved.

Since I could write essays and stories, and I could play music, why not learn how to express myself with a song? Since I had no idea how to start, I took a free online songwriting course.

For my first song writing assignment, I was challenged by my self-appointed goal: to write concise, poignant lyrics which combined concrete detail, metaphor, and words clear and informative while building to a crescendo of feeling. I wanted these words accompanied by music that was unobtrusive yet well suited to each verse and chorus, not hackneyed, yet with a hook that made it stick.

As someone who’d never written a melody or song before, I might have set the bar too high.

I began with the lyrics and got out my rhyming dictionary for help. This was fun, figuring out what a dictionary of this sort could do, reviewing the phonics chart from class, and interspersing the writing with spider solitaire and email. Soon I had a verse. But when I began hitting snags and my deadline, Gene’s help with the melody became essential. After some hair-pulling, I managed to finish the assignment with a few hours to spare. Success!

In the light of day I listened to the uploaded song, realizing it was unworthy of even a mama’s love. Thank god this was a massive online course and I didn’t have to face a live human in the same room.

But now I was at Augusta with actual people, with five students more experienced than I, and a teacher who had his songs recorded by Alison Krauss, a stroke of good fortune that launched his career as a professor at Berklee. How could I find a way to avoid writing a song and having him critique it? That was my greatest challenge for the week.

Of course I had other aims too. I wanted to see how real songwriters worked. Where did they start? What were the steps involved in the journey toward making a song? I already had a vague idea, but I felt ready for the next step.

On the second day of class, Mark called for volunteers to sing out different melodies for a lyric line. I looked away so he’d pick someone else. I’d never done what he was asking, and I dreaded failing in front of him. But as I sat and just thought about singing to the words, I could hear a few fresh notes in my head. I started singing them, and the rest of a new line came out. There it was, my first melody, and sung in tune too. It was a glorious five seconds. I could create original work!

But soon came the second wave of emotion, when I got knocked over by shame. How was it possible that I was in a songwriting class and had never written a melody before?  How could this one be my first? Everyone else had written whole songs, some had even performed them. If anyone knew the truth, they’d think me an imposter. I couldn’t admit my secret.

The next day, we were listening to one student’s song and to Mark’s gentle critique. We had to identify the student’s chord progression, and Rikki couldn’t get it. She teared up in frustration. I told her that I’d been using ear training cds and found them useful. Snapping at me, she replied “but I’ve already worked a lot on ear training!” After class she came over to apologize, and I did the same. “I have a secret,” she said. “I graduated from Berklee.”

So that’s why she was so upset! After getting a music degree from the premier school in the country, she still struggled with identifying chords by ear and was taking a beginner’s songwriting class. The song we’d been asked to analyze was a challenge. But that didn’t matter to Rikki, made miserable by her expectations. She thought she should know how to hear those progressions. She was a music graduate! But it was an act of courage for her to share her secret and her shame with me.

This is my fifth time going to music camp. Most of the students are middle aged or older. They’re at the peak of their careers, or they’ve retired and left those demands behind. Most have raised children. Instead of relaxing, though, they’ve chosen to spend their vacation as students, knowing that it would require effort and even courage—for every musical accomplishment would be accompanied by moments of embarrassment or even despair. I’ve seen these former CEOs, firemen, and teachers almost in tears because everyone else seems to know a 1, 4, 5 progression, or a harmony tenor line, or a bass run. Everyone else seems to know how to jam with strangers or play new songs by ear.

These folks are learning steps to incorporate music into their lives, to become better musicians, and it’s an intensely personal journey which no one experiences the same way. They are learning from people who play music many hours a day and have done so for decades. These are the best guitar or mandolin players in the country. The best singers. The best songwriters. It’s a privilege to work with these pros, to eat at the same table, to watch them perform. But it’s also deeply humbling, and we all feel vulnerable. This isn’t like hanging out on the beach and drinking Belgian whites to relax. Pleasure it can be, even joyous at times, but relaxing, not so much.

The first day of class, Rikki introduced herself as a nurse who had retired after 45 years. “Now I’ll be spending the rest of my days as a songwriter,” she said. And today, the last day of class, it was her turn to play a song for the group. She took her guitar out of its case. I could feel the weight of her anxiety as she walked to the front of the room and sat down.

Then she began her song, “The Arms of the Giant Sycamore.” As her voice transported us to another place, I hung my head to hide the tears streaming down my face.

I have a recording of her playing that day, because on a whim I’d hit the button with my phone. I didn’t know that listening to her would be like the moment, one brilliant blue day, when I happened to glimpse a hawk soaring above the river, heading with purpose upstream.

I got so much more from her than a crude recording of her song. She gave me a future imagined.