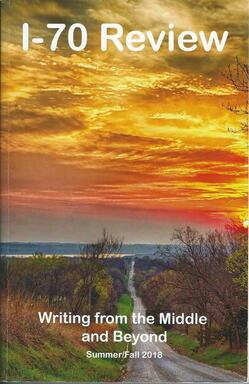 ​Her mother had spent the last week calling Rachel each night at 8. It was always the same conversation. Only the numbers changed.

“It’s going to be seven days until I rise to heaven,” she said on Saturday. “It’s going to be six days until I rise to heaven,” she said on Sunday. And each time she used that phrase, Rachel thought “wouldn’t it be wonderful to have time to bake a loaf of bread?” It could rise up and over the edge of the pan, like a cup running-th over, except with flour and some butter and a pinch of sugar. Then while it was baking in the oven, the smell would weave up the stairs, the yeasty newness of it, like a baby. And then she could feast on the bread, tearing off chunks and gazing at each chunk, feeling its thereness, with that bready hefty lightness, and then it was on her tongue.

But her mom didn’t know she was thinking about bread. She’d surely make some biblical reference if she knew, and it wouldn’t be one of the nice ones. Mom had given up on Rachel’s soul, a soul that had been neglected and mistreated for far too long. And now the rapture was coming, and they were to be separated by God. God would, according to her mother, recognize those of good faith and take them to his heavenly home. The billions remaining would wait a different fate below. Because heaven was, of course, above. Like the sun, moon, and stars.

Rachel imagined her distant ancestors (who were wearing loincloths, for they’d recently discovered modesty) gazing at those brilliant stars above. And those lights would’ve been brighter than they are now, for there was no competition from the neon signs and headlights and skyscraper emanations that marked Rachel’s modern world. And those primitives would’ve known that gods had to be above them, in that vast powerful sky.

“It’s going to be one more day until I rise to heaven,” her mother said. Rachel wondered at it. Her mother had watched Rachel grow in her womb, had squeezed her out and held her when she cried. It was hard to believe that at one time they’d been of one flesh. But Rachel could never resist the apple, and her mother would never forgive her for it. The only thing left to do, it seemed, was to see whether the call came on Saturday. In the meantime, maybe she’d try her hand at some sunflower wheat.