"As a kid you dream of being famous. As an adult, you’re more practical. Just to play now, just enjoying it for what it is—is enough."
​
— Kelly Trojan, bass player/singer 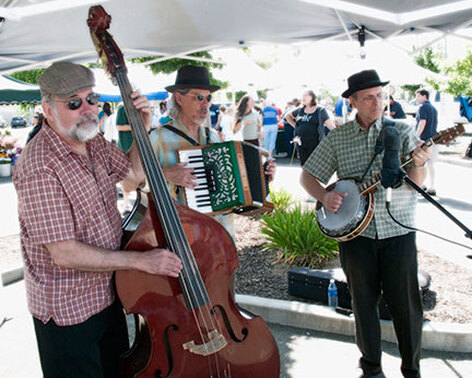 Playing as a Grown-up

Let’s face it, most bands are composed of young folks. They have energy and a youthful optimism that they’ll succeed. Maybe you used to be one of them. You may have played in one when you were younger, before you realized it was too damn hard to raise a family on a musician’s salary and that you barely had time to pick up your instrument.

Young groups are easy to envy. They’re musically inventive and bold. They learn quickly. They have beautiful hair and can attract a crowd just by looking good. They’re at a stage of life when it’s easier to take risks. They’re still able to sleep on the floor without waking to a stiff neck, play two gigs a day without hands cramping, or drive through the night to the next concert. They feel confident that they will be the ones who succeed against the odds.

You’re past all that. Let it go.

But surely those of us in the second half of life have some advantages, right?

Yes. We’re no longer worried about making a musical career (it ain’t happening). We’re thinking more about what’s important inside and less about how things look. How does music make us feel? Instead of thinking about hitting it big, we’re thinking what a privilege it is to make music with friends. “Success” is redefined.

The financial pressure to make money with a full-time music career is gone too. It’s a hobby, and we can enjoy the benefits of that. One group of retirees who played their first gig for tips said they’d put the $68 toward a band fund for group lessons. They got a thrill from having an audience and from the absurdity of determining what to do with the tips. That’s a pleasant luxury.

We have more life skills than we used to as well. When band conflicts arise, it’s not that hard to draw on what we’ve learned to figure out ways to overcome them. C’mon, we’re grown-ups. It’s not as big a deal if we play second fiddle instead of first. We’re in a band.

We’re more equipped to understand the layers of lyrical meaning and can deliver more emotional depth to our playing. “The meaning of a song is kind of lost on a lot of younger people until they get life experience,” says Roger Reynolds. “All these love songs I was singing as a jazz student really didn’t mean anything to me until I had my first heart break. Oh, that’s what this song means. Now I get it. The life experience opens your mind and you can interpret it more deeply.”
​
We no longer feel limitless possibility, that gift of the young. Instead, we recognize the value of seizing the day. That enriches everything we grasp.